Three types of solar panels to use

The types of solar panels used are Polycrystalline, Monocrystalline and Amorphous(Thin Film).

Each type of solar panels has different advantages and disadvantages. It is good to know them to make an informed decision before investing. 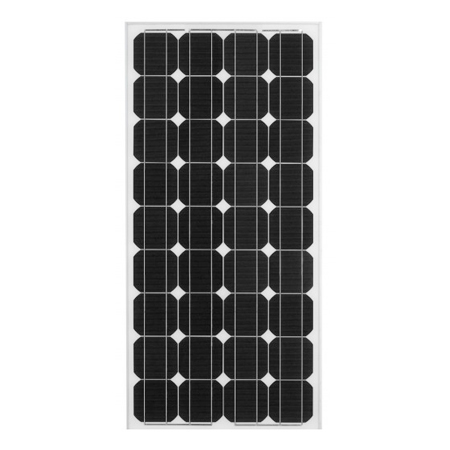 They manufacture the cells by growing a single crystal. These crystals are usually oval shaped. They cut the monocrystalline cells into patterns. It gives them a recognizable appearance.

These recognizable cells exposed missing corners in the grid-like structure. 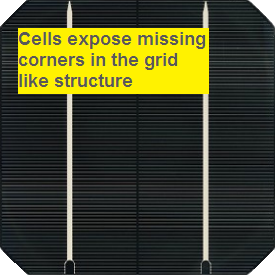 The slices have a smooth texture and it is possible to see the thickness of the slice.

Monocrystalline panels are the most efficient of the types of solar panels. Efficiency is on average between 15 and 20%.

Monocrystalline cells are the most space efficient. You need fewer cells per unit of electrical output.

These cells last very long and most manufacturers offer guarantees of up to 25 years.

These solar panels are good performers. Even when light is low. This helps so much when you have a roof with limited space. Also if it has areas with shade. 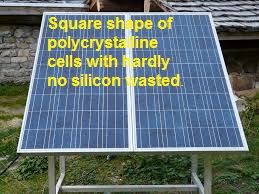 When manufacturing polycrystalline solar cells they melt the silicon. It is then poured into a square mold. You get a square shape of the polycrystalline cell with hardly any silicon wasted.

Due to this manufacturing process, the material has a lower purity. It is less efficient than the Monocrystalline panels.

Thin-Film Solar Cells (TFSC)are also known as amorphous solar cells.  To manufacture it they deposit  a layer or layers of noncrystalline silicon onto a substrate.

Of the three types of solar cells, these thin-film cells (TFPV) are the cheapest to produce. They are also the least efficient.

Need solar with fewer power requirements, but lightweight and portability? Then the thin film is the option to select among the different types of solar panels.

There is a tradeoff between cost, efficiency, application, and space.

It is imperative to study the different solar panels. Only then make your final investment.

Have your say about what you just read! Leave me a comment in the box below.